In 2017, our Year of Robotics initiative reached more than 1,800 school children and 13,000 members of the public, in face to face sessions and demonstrations, in addition to 830 delegates and 150 industry partners through our lead role in the European Robotics Forum and Edinburgh Centre for Robotics (ECR).

Combined with a reach on media and social media of over 25 million, this earned the University two prestigious awards: the 2018 Herald Higher Education Award for ‘Campaign of the Year’ and in the 2018 Heist Awards, the gold award for ‘Best Marketing Initiative to Promote Research Excellence’.

In 2017, our incredibly committed staff and students have travelled the length and breadth of the country this year to bring people face-to-face with robots, demonstrating how they can revolutionise manufacturing, healthcare, offshore energy, construction, environmental monitoring and defence, with an approach sensitive to the social implications of the technology.

We connected with audiences of all ages and backgrounds including MSPs, MPs, peers and key funders at two well-attended parliamentary receptions at Holyrood and the House of Commons. More information about this spectacular year of engagement can be found in the Year of Robotics booklet.

Robotics and AI at Heriot-Watt

Heriot-Watt University and the University of Edinburgh jointly run the ECR, a remarkable £100M investment supported by more than 40 industrial partners, with state-of-the-art facilities for global researchers. This is now set to become the UK’s National Robotarium, as part of the Edinburgh and South East Scotland City Region Deal cementing Edinburgh's reputation as a global centre of excellence for robotics.

Our internationally renowned experts are designing some of the world’s most advanced robots with outstanding capabilities in robotics and artificial intelligence (RAI), robotics and autonomous systems (RAS), and human-robot Interaction (HRI). This has led to major successes including our Interaction Lab team reaching the final three in both the 2017 Amazon Alexa Prize and this year's $3.5M Prize culminating in November.

£14.6M funding was awarded by the Engineering and Physical Sciences Research Council (EPSRC) for a £36M Offshore Robotics for Certification of Assets Hub or ‘ORCA Hub’. Heriot-Watt University is leading the consortium - which includes the University of Edinburgh, Imperial College London, the University of Oxford and the University of Liverpool, together with 31 industry partners - to develop robotics technologies for use in extreme and hazardous environments.

Robotics has been identified by the Scottish and UK Governments as a key growth area and our significant robotics research concentration is already contributing towards the drive to revolutionise manufacturing, healthcare, offshore energy, construction, environmental monitoring and defence.

The Royal Scottish Society of Arts 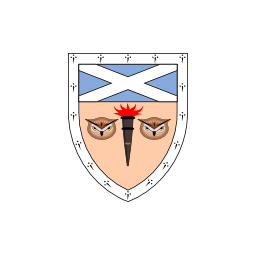 Year of the Sea