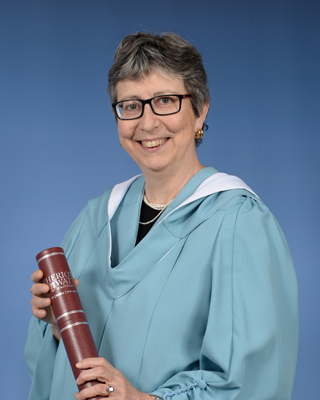 Professor Maria J. Esteban was born in the Basque Country, Spain in 1956 and studied Mathematics at the University of Bilbao. After receiving her MSc in 1978, Professor Esteban joined the graduate programme at University Paris VI, and in 1981 received her PhD, under the supervision of Pierre-Louis Lions. Since then she has held several positions at CNRS (Centre National de Recherche Scientifique) and is now Director of Research,”classe exceptionnelle”.

Professor Esteban is a member of several editorial boards including Co-Editor-in-Chief of the Annales de l’Institut Henri Poincaré C (Non Linear Analysis) and a member of many evaluation and prize committees, including the Abel Prize Committee in 2014 and 2015, which is regarded as the Nobel Prize for Mathematics and the EMS Prizes Committee in 2012.