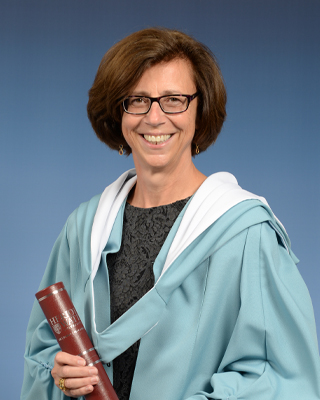 Professor Dr Ursula Keller has been a tenured Professor of Physics at ETH Zurich since 1993 and a Director of the Swiss multi-institute NCCR MUST (Molecular Ultrafast Science and Technology) program in ultrafast science since 2010.

Professor Keller received her PhD from Stanford University in 1989 and Physics "Diplom" from ETH in 1984. A Member of Technical Staff at AT&T Bell Laboratories from 1989 to 1993, she was also a co-founder and board member of Time-Bandwidth Products and for venture capital funded telecom company GigaTera.

Professor Keller’s research interests are exploring and pushing the frontiers of ultrafast science and technology. She invented the Semiconductor Saturable Absorber Mirror (SESAM) which enabled passive modelocking of diode-pumped solid-state lasers and established ultrafast solid-state lasers for science and industrial applications. She also pushed the frontier of few-cycle pulse generation and full electric field control at petahertz frequencies and pioneered frequency comb stabilization from modelocked lasers, which was recognised by the Nobel committee when considering the award for Physics in 2005. In time-resolved attosecond metrology she invented the attoclock which resolved the electron tunnelling delay.