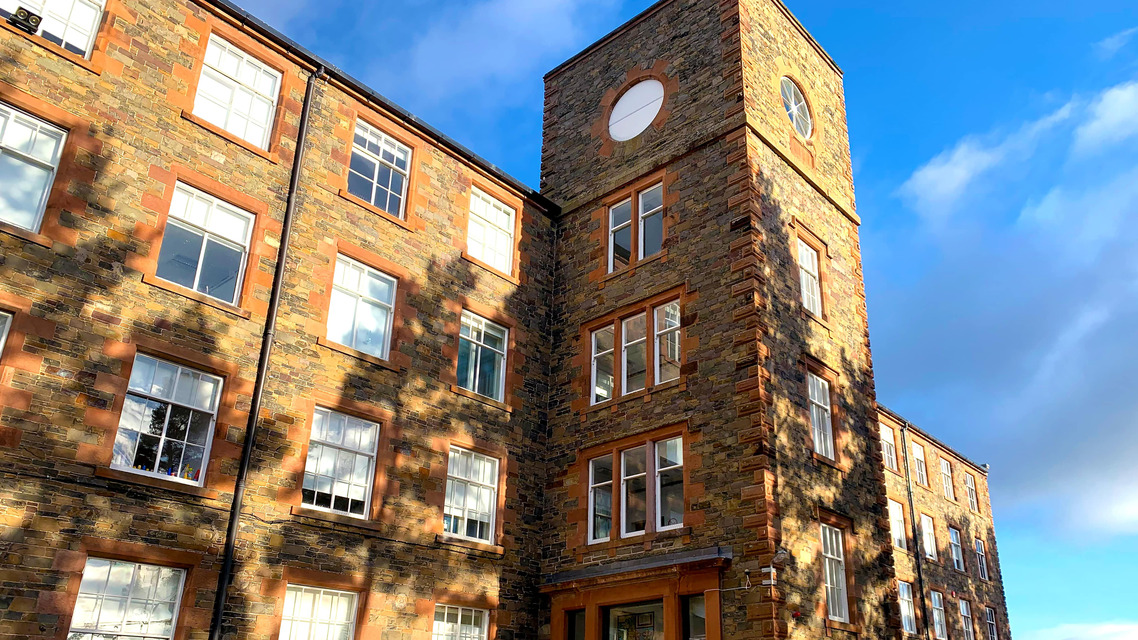 From weaving and chemistry to tweed, to design in textiles. Our school has a long history steeped in heritage and Scottish culture. We are proud to share our story...

The history of the School began in 1883, with classes in weaving, dyeing and chemistry which were introduced under direction of Thomas Welsh. In 1889, it was named, The Galashiels Combined Technical School. The governing body consisted of representatives from, Burgh School Board, Engineering and Building Trades and The Galashiels Manufacturing Corporation, who we still work closely with to this day.

In 1909 the School became the South of Scotland Central Technical College, early years of the School being described as ‘A phase in the rise of the Scotch Tweed Technique’ by Thomas Oliver 1911, the first principle who had served as a teacher at the Galashiels Combined Technical School since 1898.

A decision was made to approach the Scottish Education Department in order to change the status of the School to that of a central institution and in 1922 became the Scottish Woollen Technical College. A unique development was the opening of the Production Unit, a self contained woollen mill housed in one of the two Netherdale mills, installed with a wide range of machinery suitable for the training of cloth darners and menders, weavers and a whole range of other skilled workers.

After becoming the Scottish College of Textiles in 1968 to reflect the wider range of subjects now on offer new extensions were built to house an enlarged workshop and production area, lecture rooms and a large library. The College shifted its efforts from the production of fabric to take into account garment manufacture and fashion design.

In 1989 the council for the National Academic Awards recommended that the accreditation of the College’s degree programmes should be transferred to Heriot-Watt University and from then on Heriot Watt Degrees were awarded. The merger of the Scottish College of Textiles with Heriot Watt University in (1997) heralded the new beginnings for the School of Textiles & Design.