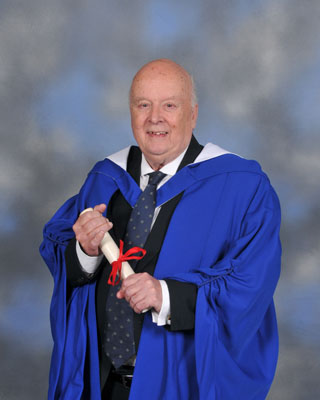 Professor George Stewart is a highly experienced and respected reservoir engineer with more than 50 years experience in upstream oil and gas. He was a professor for 38 years at Heriot-Watt University.

In 1976 he took up a post as visiting professor at the University of Texas, Austin and authored the UK Department of Energy report entitled ‘Enhanced Oil Recovery’. He travelled in 1978 to Paris where he worked for four years as a senior research engineer for Schlumberger.

Heriot-Watt University welcomed Professor Stewart back in 1982 as Head of Department and Professor of Petroleum Engineering until 1987, a post he held until 2013. At this time he was also a member of the UK Department of Energy Committee on Enhanced Oil Recovery (ACEORR) and founded Edinburgh Petroleum Services Ltd (EPS) in 1984.

He has published many papers for SPE on well testing and wireline formation testing and has authored two influential textbooks entitled 'Well Test Design and Analysis' and 'Wireline Formation Testing and Well Deliverability'.