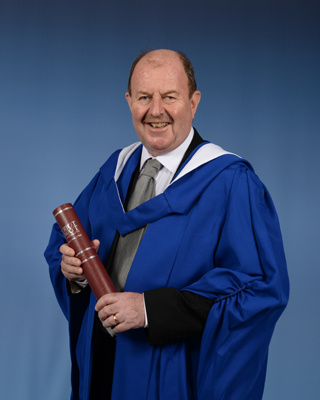 Sir John was responsible for developing the vision that led to the creation of the Northern Ireland Science Park, now Catalyst Inc, and its research flagship, the Institute of Electronics, Communications and Information Technology (ECIT). Sir John was ECIT Director from 2000 until 2017 and was, from 2009 until 2017, the academic Principal Investigator for the Centre of Secure Information Technology (CSIT) the UK’s Innovation and Knowledge Centre for Cybersecurity. In 2002, the Science Park was a “brownfield site” and today, over 200 high technology companies are located there, employing over 3,000 people. Sir John successfully co-founded two high technology companies based on his research activities, APT Ltd, later acquired by Qualcomm, and Amphion Semiconductor, later acquired by Conexant. Sir John is a non-executive Director of Titan IC Systems Ltd.