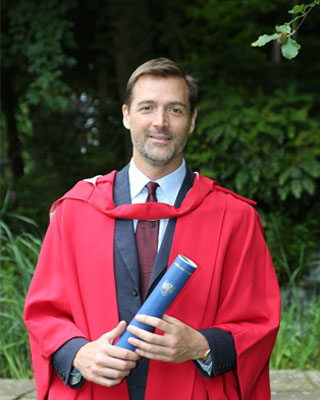 Patrick’s career in fashion began in 2005. After leaving a career in engineering, he took over as Director at Savile Row tailor Norton & Sons. Three years later, he revived the E. Tautz brand to critical acclaim, including being named Menswear Designer of the Year at the British Fashion Awards in 2010. In 2012, he began working in collaboration with Debenhams on the brand, Hammond & Co, which, has gone on to be the most successful designer collaboration in the department store’s history. In April 2015, he purchased the ailing Blackburn clothing manufacturer Cookson & Clegg, saving the factory from closure.  He followed this in 2016 with the launch of social enterprise, Community Clothing, in response to challenges facing the British clothing and textile industry.

Patrick is a regular on television and radio as a commentator on fashion, clothing and textiles.  He has written on diverse subjects for many titles including; GQ, The Financial Times and The Times and is a regular lecturer at schools and colleges. In 2013, he was appointed Honorary Professor at Glasgow Caledonian University’s School of Business and Society. He was elected as a Fellow of the Royal Society of Arts (RSA) in 2016.

Patrick was born in Edinburgh on 1 May 1972.  He was a pupil at South Morningside Primary and The Edinburgh Academy, before attending Barnard Castle School in County Durham. He has a BEng in Materials Science and Engineering from Leeds University and an MBA from the University of Oxford.  He was a school boy rugby international, representing Scotland at U18 and U19 level.