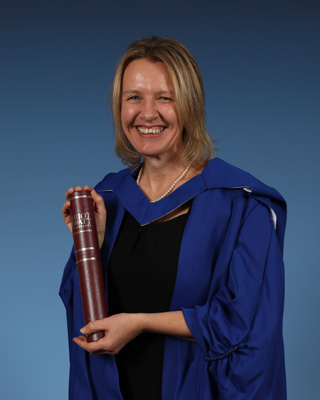 Alison Watson is a former land surveyor and the founder and chief executive of social business Class of Your Own.

She created the innovative Design Engineer Construct! (DEC) accredited learning programme for secondary school students aged 11-18, supported by some of the UK's leading companies, professional bodies and universities through the ground breaking 'Adopt A School' scheme. The programme is delivered in schools throughout the UK and now internationally, and has resulted in young people entering the sector to pursue a wide range of technical and professional careers through technical and degree apprenticeships, and traditional university entry.

In 2015-17, Alison represented Youth and Learning on the CITB Council and led on the BIM4Education research project which focused on improving the teaching of digital built environment subjects in the secondary, further and higher education sector.

This year, to mark the tenth anniversary of Class of Your Own, she will launch a new curriculum for ‘Future Infrastructure'.

In recognition of her perseverance and dedication, Alison was awarded an MBE (Member of the Order of the British Empire) in Her Majesty The Queen's 2018 New Year Honours for services to education.